March 30, 2019
The second camera I brought with me to Walt Disney World was the Lomography Sprocket Rocket.

This camera is modeled after a toy Dick Tracy camera from the 1940's.  Like the Diana it is plastic and completely analog.  You wind the film manually, there is a dial for focusing distance, a switch for  shutter speed based on sunny vs. cloudy, and another switch to take the photo normally or in bulb mode (where you leave the shutter open as long as you want).  It takes 35mm film, but because the photos are more panoramic you get 18 shots instead of 36.  One of the coolest features though is that you can expose the entire piece of film, including the sprockets. 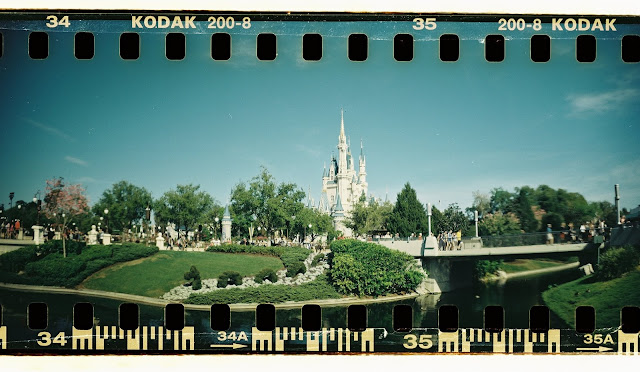 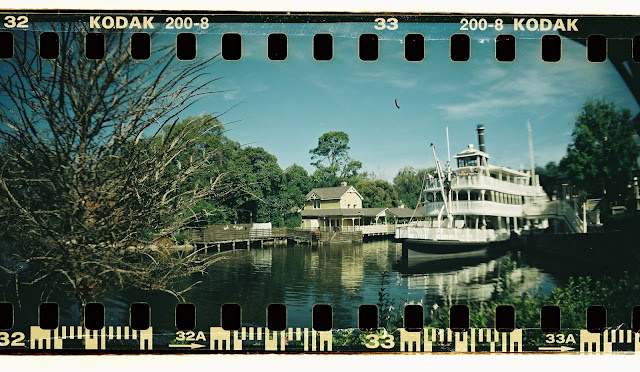 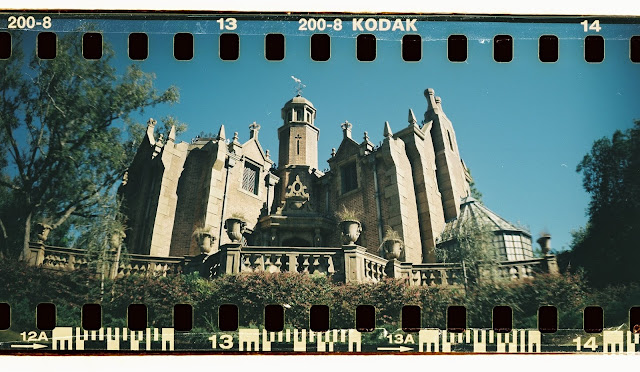 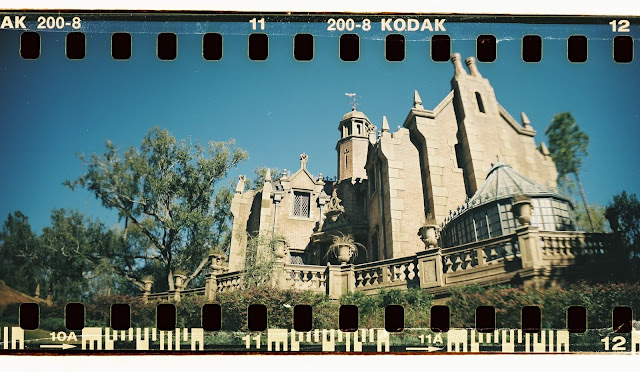 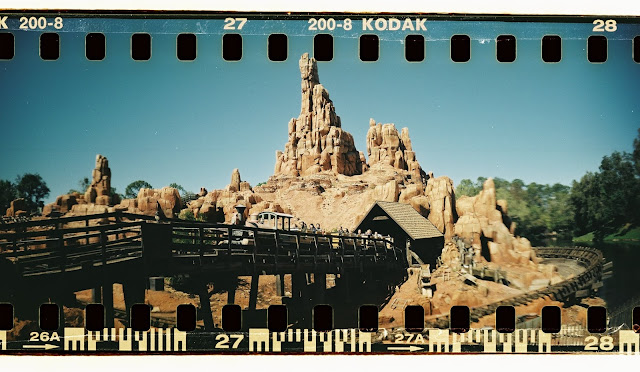 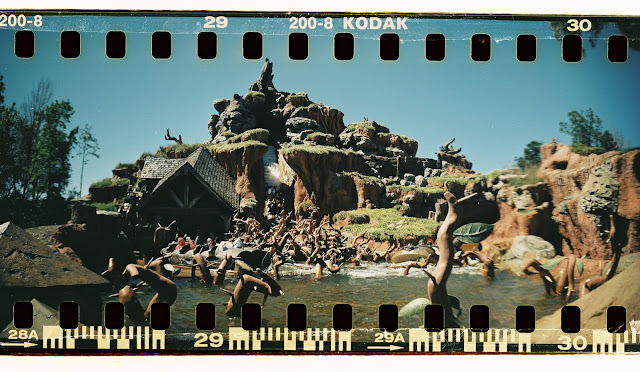 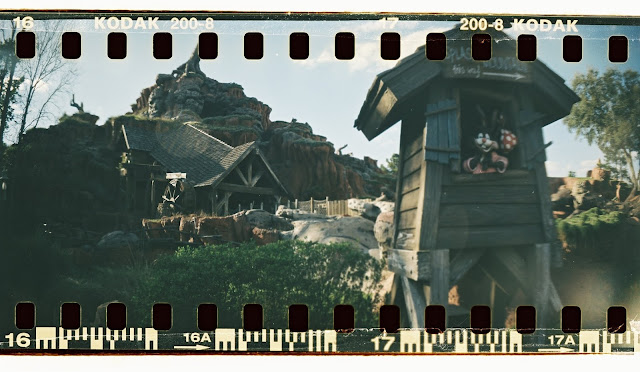 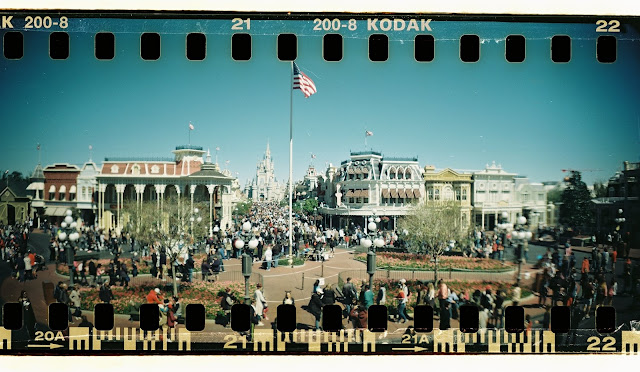 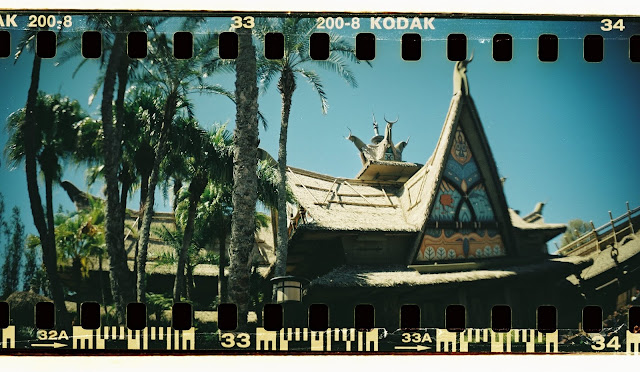 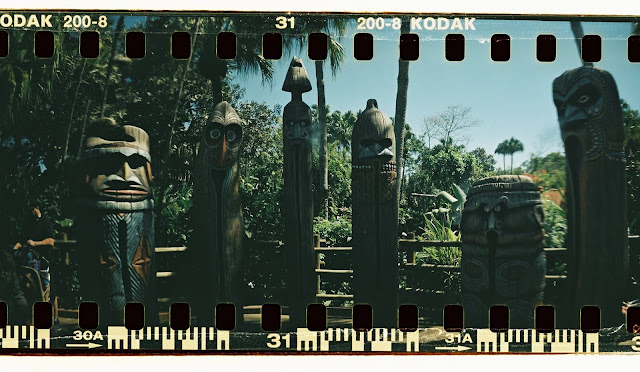 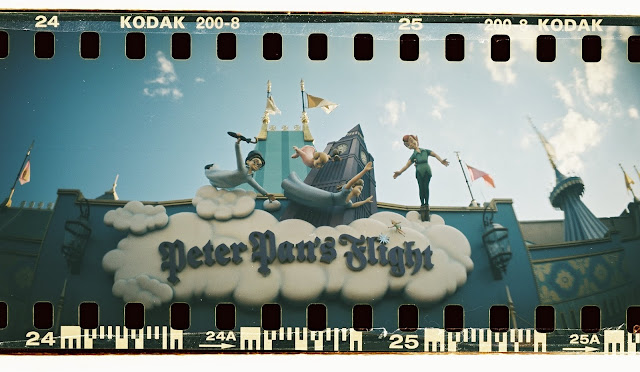 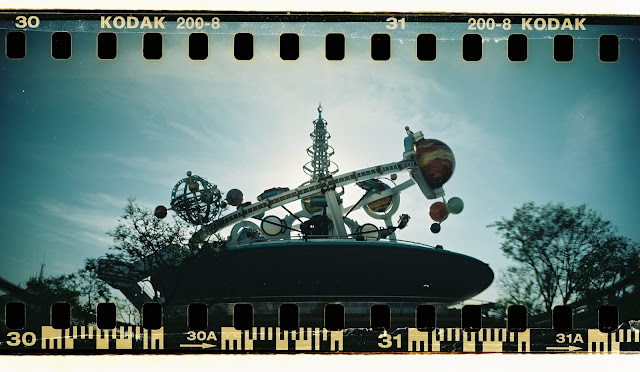 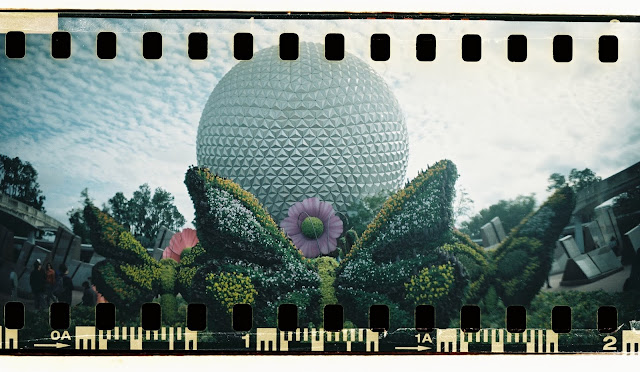 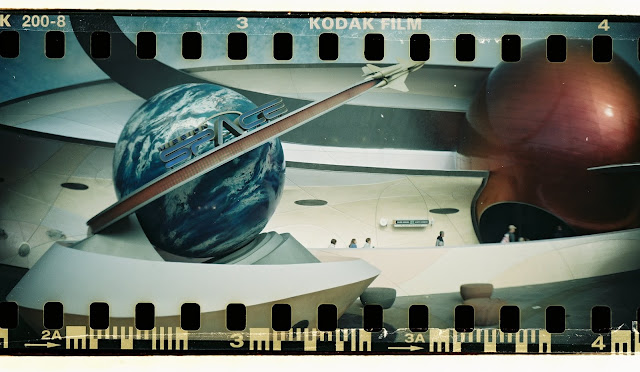 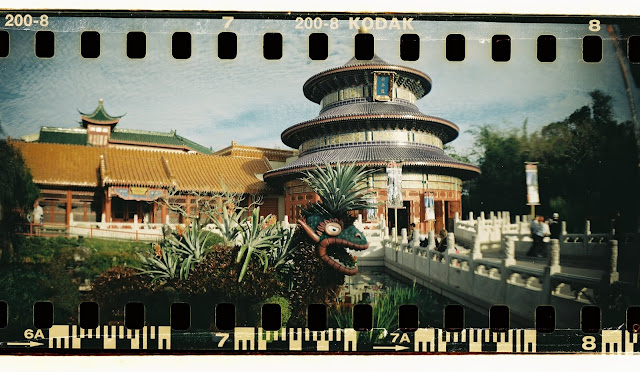 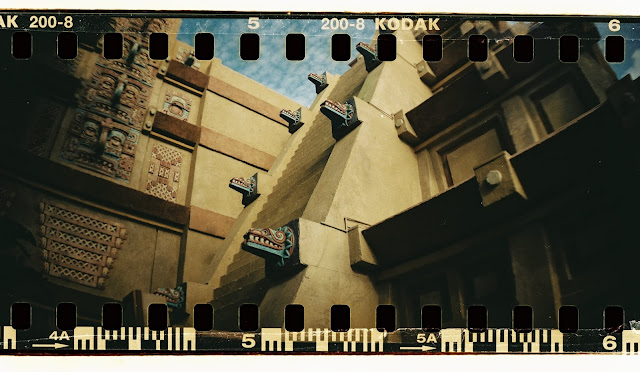 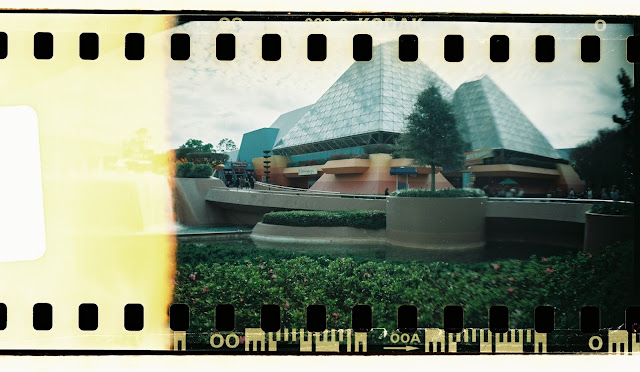 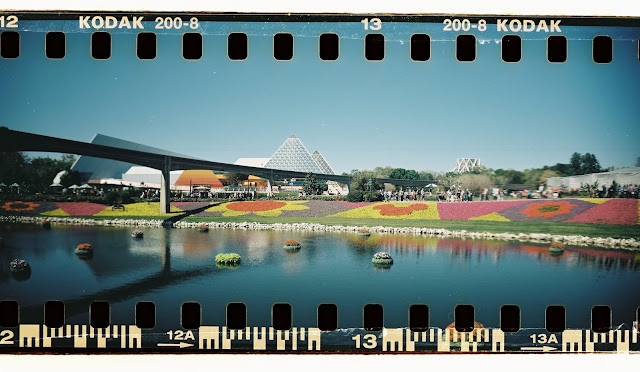 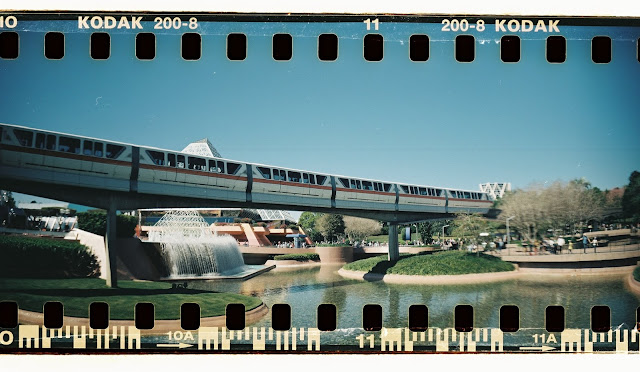 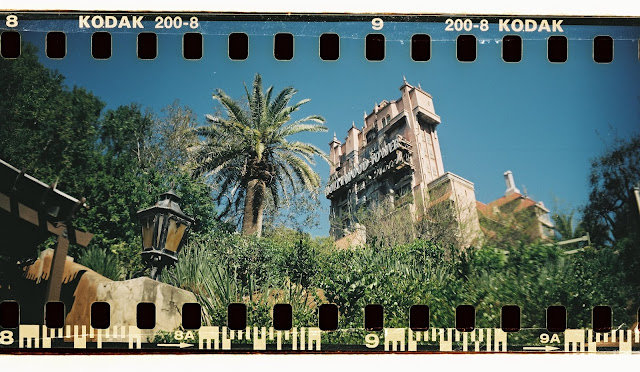 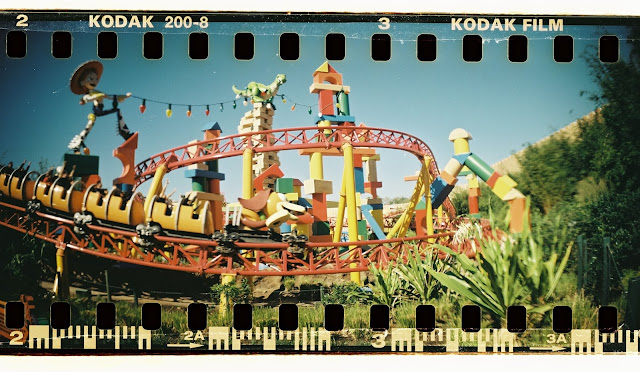 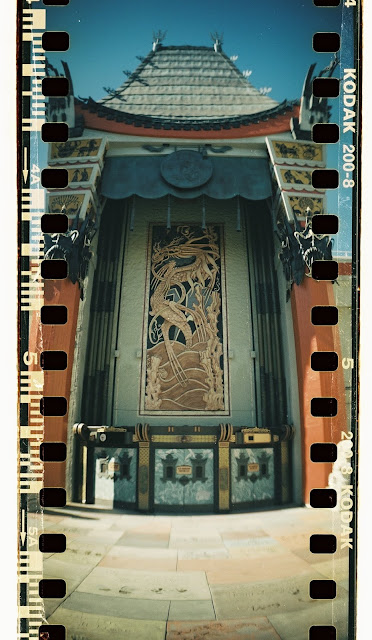 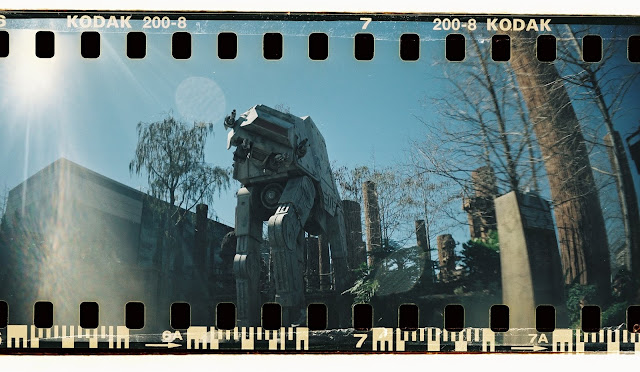 Here's one that I took of the Tea Cups using Bulb Mode. 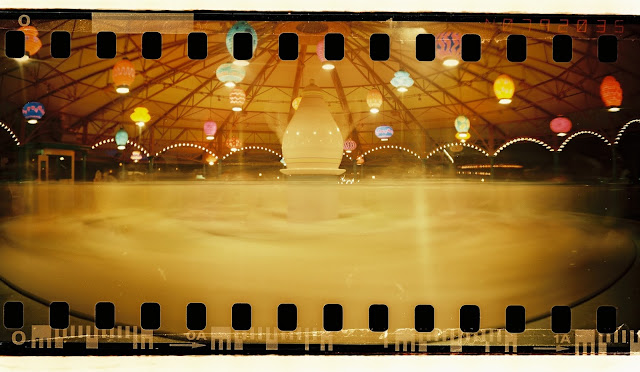 Conclusion: I'm a huge fan of this camera, no complaints.  It didn't wind itself in my back pack like the Diana did, and it even if it had, you can wind the film backwards to take multiple exposures.  It's super easy to use and load.  I was using ISO 200 film so I always left the light setting on cloudy to get a slightly longer shutter.  If you want to buy a fun film camera to take to the parks, I highly recommend the Sprocket Rocket.  You can pick on up here.