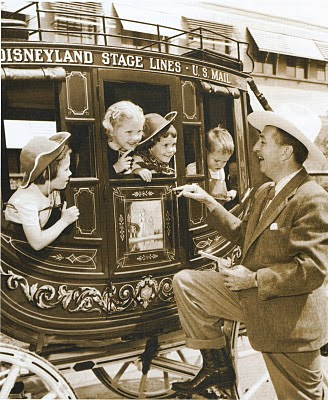 Cute right? Good ol' Walt Disney playfully sticking up a stage coach full of kids at Disneyland.  You know why he's grinning like that?  I'l tell you, this isn't the first time Walt has pulled a gun on someone.

Hopefully those kids made out better than this guy: 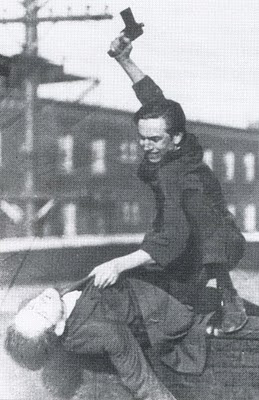 Yup, there it is.  Walt Disney beating an unidentified man senseless with the back of a gun on a roof top.  Don't forget Walt was born in Chicago, birthplace of organized crime in American.  We all know Elias moved the Disney's out of Chicago in 1906 to escape all of the big city crime.  Was this the truth or was he moving 5 year old Walt away from his childhood gang?

Well, after spending a few years in Marceline away from all of his gangster friends Elias thought it was safe to move the family back to the city, and this is what happened.....

Alright, this is obviously a joke, here is the whole picture: 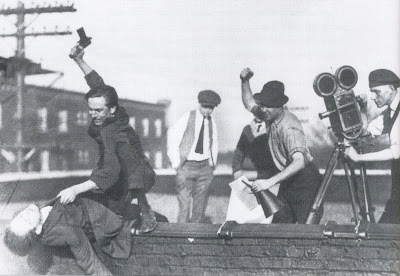 Hey, we still don't know who this guy is though.  It kind of looks like Ub.  Maybe Walt enjoyed watching himself beat people up?  Maybe he just needed to make this guy an offer he couldn't refuse..

YOU WILL HELP FUND LAUGH-O-GRAMS!!