October 29, 2010
In September 1985 I spent my 3rd birthday at Hanna-Barbera Land.  I think it's pretty safe to say that no one reading this ever had a chance to visit.  Im sure that most Houstonians don't even remember it, probably because it was only open from 84-85.

Im not going to pretend that I remember everything that happened on my third birthday but I do remember the riding this mini train. 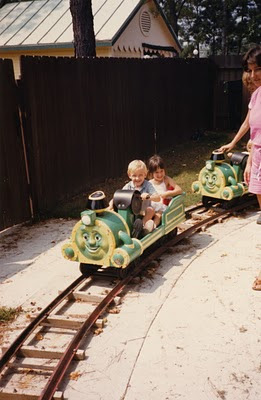 Look at this lady killer 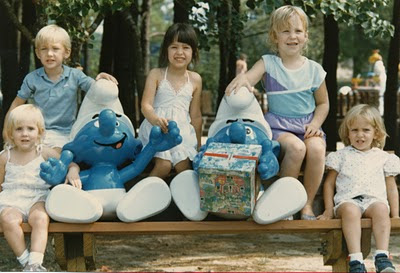 Hanna-Barbera Land only had a few attractions which probably explains why it only made it one year, but here's some of the my party guest were able to experience:

This is part one of three posts I have of "Birthday Party 85" pictures.  I have too many pictures for one post so this one is a little bleak but do not worry my friends next week you will get to see some shots of the Hanna-Barbera character carousel!