February 03, 2011
When you think about 80's Epcot most people go straight for Horizons.  Why not, it was an imagineering marvel, but let's not forget about it's next door neighbor, World of Motion.

It's my understanding that WOM closed because the sponsor wanted something different.  I can understand that, people do not flock to Walt Disney World every year to see hundreds of Audio Animatronics telling you the hilarious history of transportation.  I know that when I drive 15 hours to Florida the first thing I do when I get inside Epcot's gates is think "Boy,  I sure miss sitting in my car."  That's when I run as fast as I can to Test Track where I can experience what it's like to go 60 miles an hour in a car!

There are about a zillion things that made Epcot Center amazing, one of my favorites is the logo's they had for each attraction.  Here is WOM's: 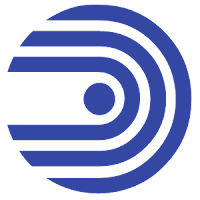 WOM was full of visual gags because it was worked on by Imagineer extraordinaire Marc Davis and my boy Ward Kimball. 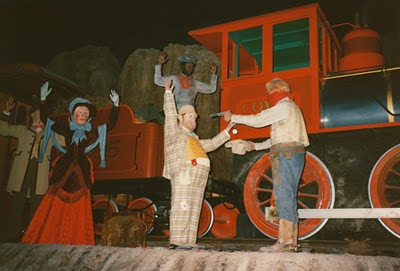 I believe this was part of The World's First Traffic Jam. 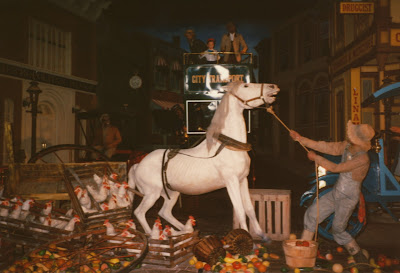 I read somewhere that these chickens are now in Disneyland's Pirates. 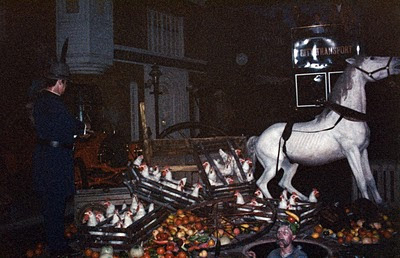 I love how I have pictures taken by my Dad and Uncle on different trips and all of their pictures are taken 10 seconds apart. 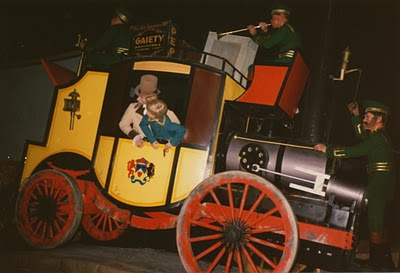 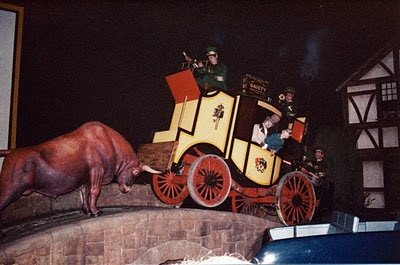 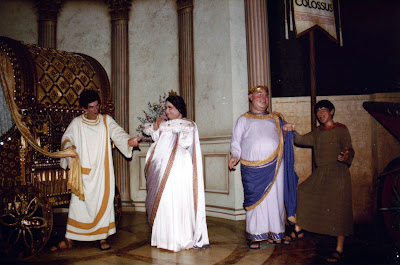 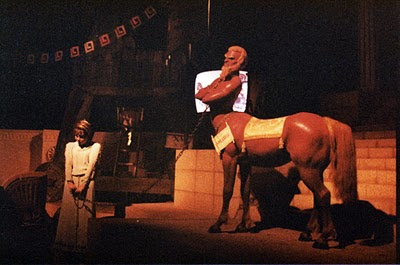 This post is heavy on pictures, which I'm sure none of you mind. 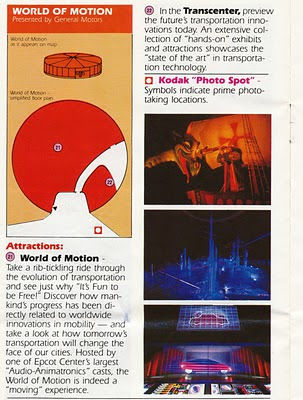 This is from an old Epcot Guide Map.  Take a look at the Sea Monster.  Did you know you can walk right up to this guy in Disney's California Adventure? 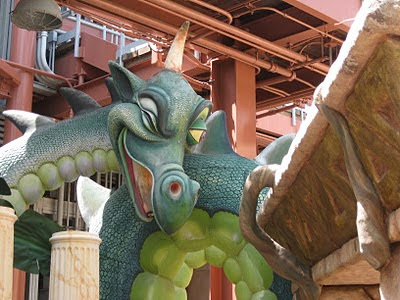 He's in the Hollywood Backlot area across from Monsters Inc.  Why is he here?  Who's brilliant idea was this?  How did they pitch it?  "Hey you know that empty corner in DCA, how about we put that Sea Monster from World of Motion in that spot?" I do not know the answers to these questions, but I'm glad he's out and about and not collecting dust in a Disney warehouse. 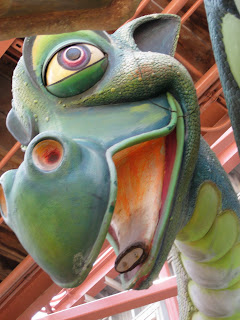