April 01, 2011
I had no clue that Farley Granger passed away on March 27th.  If you are not familiar with him, he starred in two of my favorite Alfred Hitchcock films, Rope and Strangers on a Train.  Last year I wrote him a letter and he was kind enough to sign this picture for me. 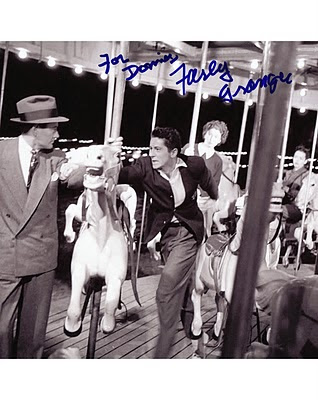