May 05, 2011
One of my first posts was about my Pee-wee Herman bike.  I bought a rusty vintage Schwinn on ebay a few years and wanted to fix it up like Pee-wee's.  I soon realized that finding Pee-wee's tiger siren would be the hardest part of all.  You'd think that it would be easy to locate given sites like ebay and Craig's List.  Well, the tiger siren is harder to find than you'd think.  There are bike forums online where people try to track them down.  In fact I've only seen two on ebay in the past two years (and one went for over $700).


If you are not familiar with the siren, here's what it looks like. 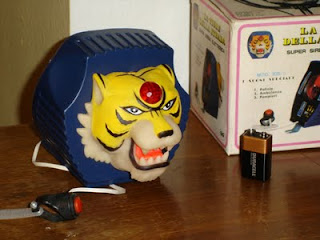 Here it is on Pee-wee's bike on the movie poster. 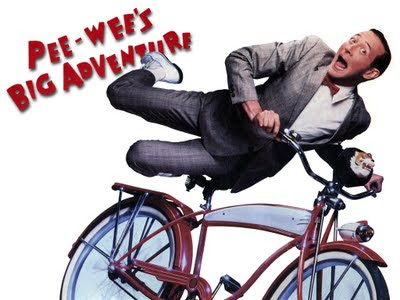 This is where things get tricky.  That bike is not the bike from the movie.  It's missing all of the gadgets.  The siren on this bike isn't even the same siren from the film.  The original siren has a jewel on the tiger's forehead.  Check out this screen shot from the film. 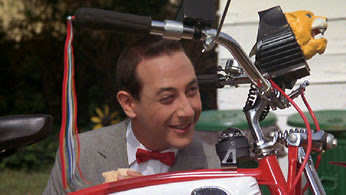 Not only is the jewel missing, but the tiger is painted differently.  So, even if you buy the original siren you have to modify it if you want it to look just like Pee-wee's.  Well, I had all but given up on finding one, until I met Jack.

Jack makes replica tiger sirens and occasionally sells them on ebay.  After losing an auction I emailed Jack to see if he had anymore he would be auctioning off soon.  He told me that he would custom make me one!  Of course I jumped all over that.  Jack actually has the original siren, he uses it to make a mold for his replicas.  He even took the jewel off so his sirens look just like Pee-wee's! 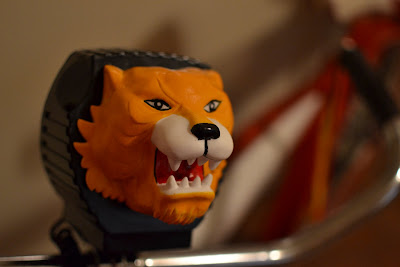 The siren works too! 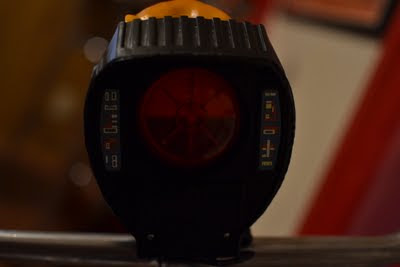 There you have it kids, I'm one step closer to a finished Pee-wee bike.  Next I have to figure out those saddle bags....