July 11, 2011
Wes Anderson is one of my favorite modern directors.  Rushmore is in my opinion his best film, not only because its wonderful, but it was filmed in Houston (which is where I live).


The Rushmore school is actually St. John's school.  Wes Anderson picked this location because it was where he went to school.  Sadly, there has been major construction since 1998, and none of the buildings look the same.  Yet another reason why I should have done this 10 years ago when I first thought about it.

As you can see new buildings have been added. 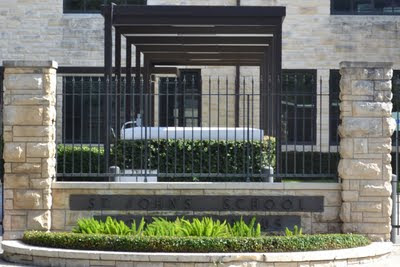 Aside from some new windows, the chapel has not changed much. 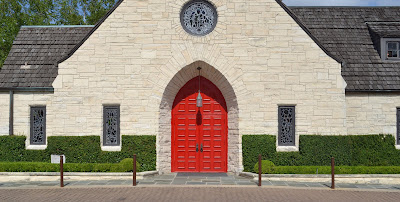 This is from the same scene.

The courtyard area is now a parking lot.

Here is the circular drive that appears in a few scenes.

It actually was and still is a barber shop. 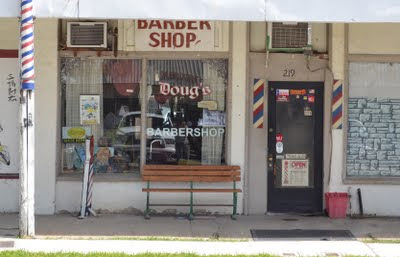 After Max is expelled from Rushmore he attends Grover Cleveland High School.

Grover Cleveland is actually Lamar High School and is right across the street from St. John's.   Lamar was built in the 30's and still has that awesome art deco look.

This shot took me a while to locate.

Most of the school is surrounded by a chain link fence, so that's what I was looking for.  I parked here to take the picture of the Rushmore gate.  When I walked back to my car I realized it was the side front of the school.  The gate is long gone, or was possibly put there for the film. 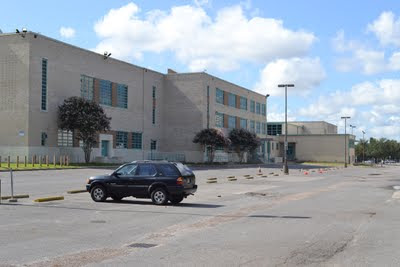 Here is a great scene.

Mr. Blume stops by Grover Cleveland to run over Max's bike.  Here it is today. 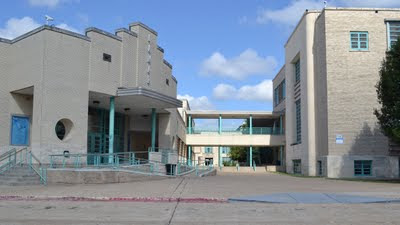 Another shot from the same scene. 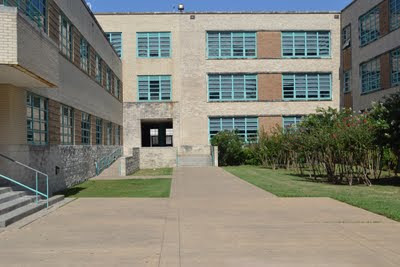 If you are wondering how I located the barber shop, it was this scene.  I read the sign "11th Street Cleaners"  I only knew of one 11th Street in town so that's where I went.

Here it is today, repainted and falling apart. 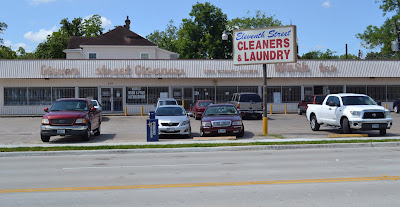 There are a couple more places I have found that I need to photograph.  I really want to go inside the chapel from the opening scene, we'll see if I can sneak in there one day.  Until then enjoy Part 1.