January 02, 2012
Over the summer I decided the buy a Polaroid camera, this turned out to be harder than I imagined.  The first problem is that most of the ones being sold online usually say "I think it works."  which was a gamble I was not willing to take.  Then, like a sign from the gods, I saw this on my Grandma's couch. 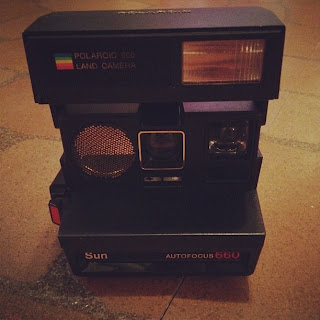 She was pretty surprised by my enthusiasm over her old camera, so she gave it to me.  Next step, find film!  In case you did not know, Polaroid no longer makes 600 instant film.  This means that your main option is buying expired film online for $35 (and up) for one pack (which is 10 pictures).  Luckily some die hard Polaroid employees started The Impossible Project, and they make the film now.

Their film will still run you about $30 (for 8 pictures) but they have some pretty awesome film options.  I went with the Color Shade film because it gives the pictures a real 70's/80's look.  The only problem was that it took me 4 pictures to figure out which way to push the light meter.  In one video they said towards the light end which washed out my photos.  You also have to shield the photo from light for the first 5 minutes, this meant that I shot the photo right into the film box.  I left the other photos inside which caused a few blemishes on the developing picture.  So, like I said before, it took me 4 of my 8 shots to get everything right.  Was it worth it, I think so.  I have already bought a few more packs to experiment with for my next trip.  Anyway, enough chit chat, let's just look at the pictures.

My first shot was of the Mexico Pavilion.  The brown spot is where the film hit the box... 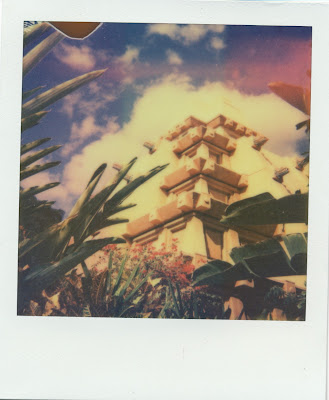 The Imagination Pavilion.  With this one I had pushed the meter more towards the light end because at the time the Mexico shot was not full developed. 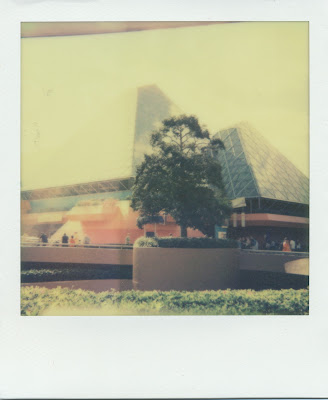 The sun really got me on this one, and it was after this I decided to ignore the advice and switch the meter over to the dark side. 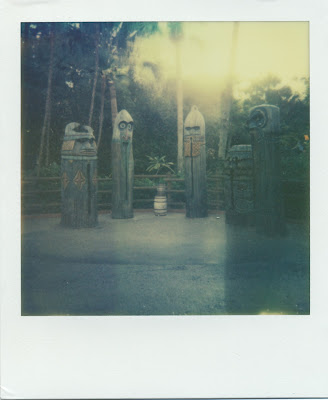 Things started looking up at the Haunted Mansion.  It was after this shot I realized the picture had ran across the other 3 shots in the box (causing the brown spot) and took them all out before taking the next one. 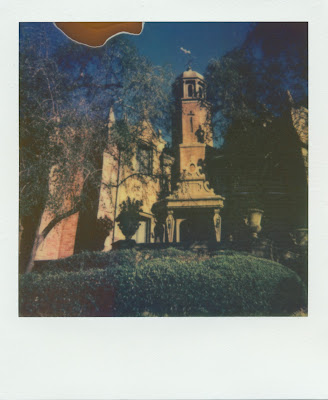 Becky in Frontierland, we finally got it right. 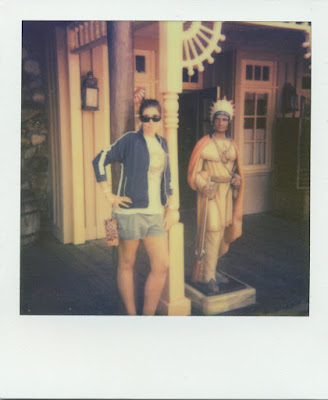 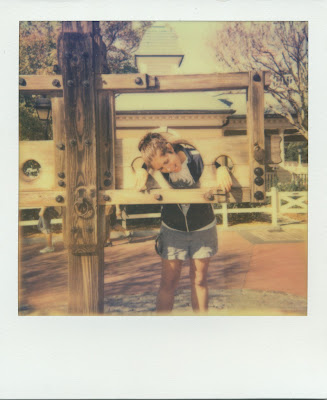 Here'e me!  (the white at the bottom was the box we were taking the pictures into, it was Becky's first try, cut her some slack) 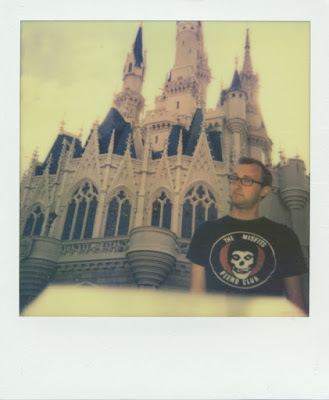 She redeemed herself with this one. 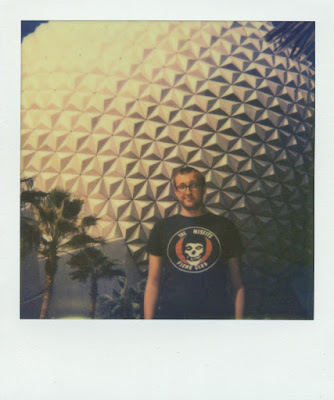 There you have it kids.  My advice, go buy a Polaroid 600 camera and some Impossible Film, you won't regret it.  Plus, now that you know what not to do you can start off taking great pictures.  I plan on brining the Polaroid every time we go to the parks now.  Let's start a gang!