August 01, 2012
While I was in New Hampshire last week, I stopped in Keene to take some Jumanji comparison shots. 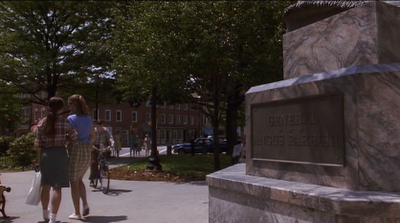 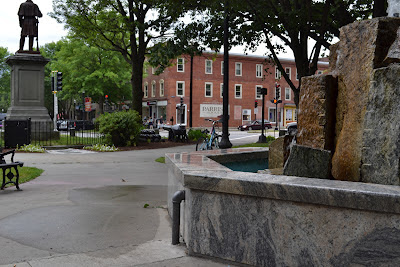 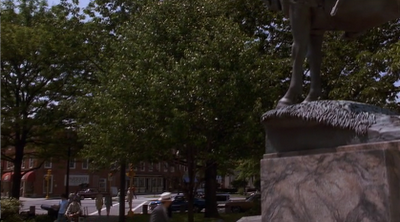 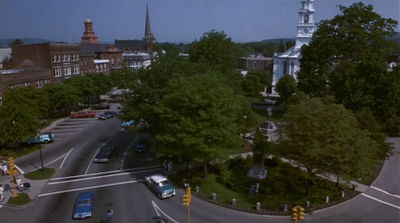 It almost looks like they tried to brush out the actual statue in the opening shot from the film.
. 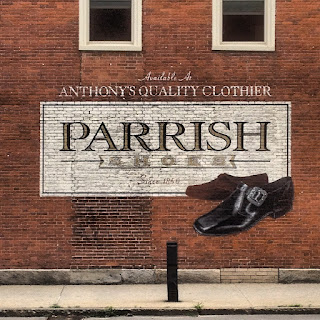 This Parrish shoes ad can be seen briefly in the film and appears in the back ground of the second statue picture I posted.  Here it is today.

Moving onto the stampede scenes. 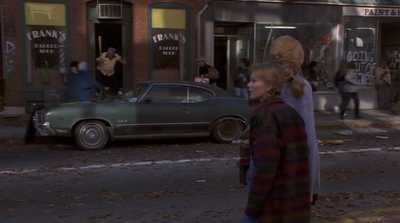 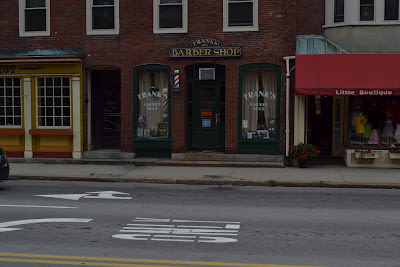 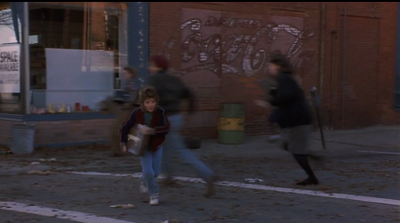 So is this old coke mural 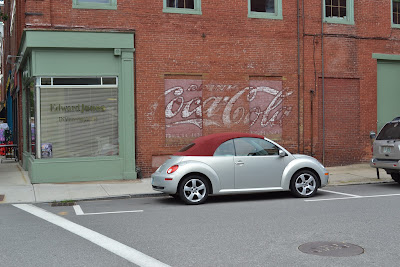 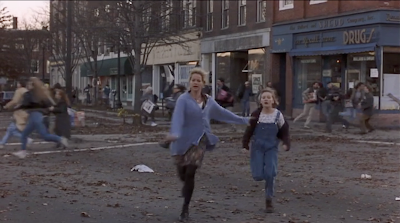 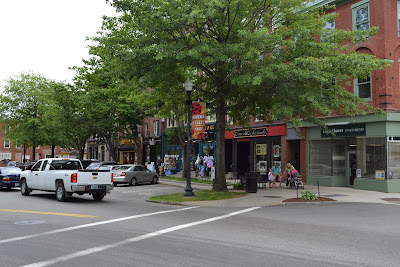 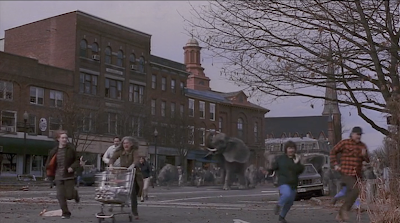 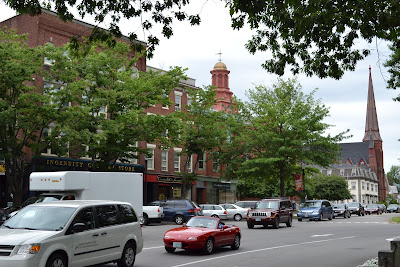 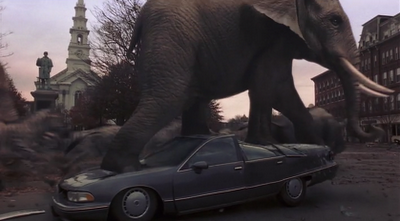 In this shot you can see the statue that's actually in the town square. 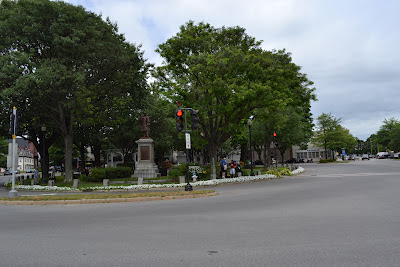 There is a church back there, the trees are just too full to see it.

While trying to solve the mystery of the second statue I came across this website.  It contained a photo of the Angus Parrish statue and explained how it was made! 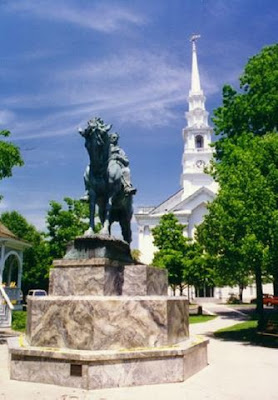 In the fall of 1994 a movie company came to Keene tofilm some scenes for the movie Jumanji, starring Robin Williams and Kirsten Dunst. The following spring the company was to return to Keene to shoot some more scenes. The spring time scenes would be set in the year 1969 and as the president of a local car club I worked with the props manager to arrange for period correct vehicles to be available. I was able to move around behind the scenes and photograph what was goin on. One of the major background props for the film was the large advertisement for Parrish Shoes which is still visible downtown. Another major prop was a statue of General Parrish, ancestor to the character that Robin Williams played in the movie. (This is incorrect, but whatever)
The statue was created and painted to resemble a weathered bronze casting upon a granite pedistal. The statue is actually a closed-cell foam carefully carved and painted to give the effect of weathered bronze. The base is plywood that was painted to match the granite in the existing fountain on Central square. The "statue" was only in place for a few days during the the fall and spring filming. After the filming was completed in Keene, the plywood base and foam statue were essentially given to the city. Both components were being stored at the Colonial Theater the last I knew.

Wow, thanks guy!  Now I just need to go back to Keene and explore the storage area of the Colonial Theater.