October 15, 2012
Last time we looked at documents from Walt's FBI file that dealt with the various film and television specials.  Today we will look at correspondences between the Disney family and J. Edgar Hoover.

The first is one Walt sent to Hoover after receiving a congratulatory  letter about his Milestone Award. 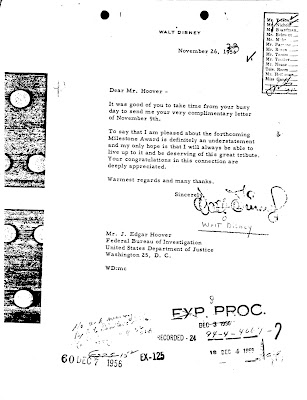 Here is an exchange between Walt and Hoover discussing the FBI's cooperation with Walt's news reels. 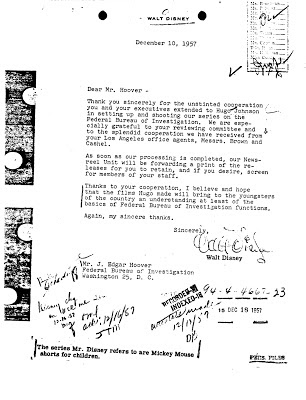 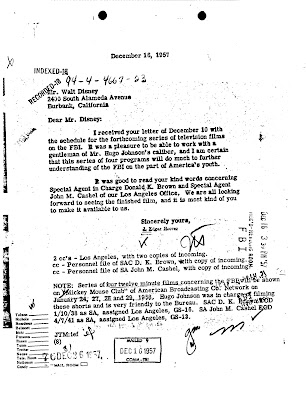 Here is an interesting one where someone suggests that Hoover send an autographed copy of his book Master of Deceit to Walt. 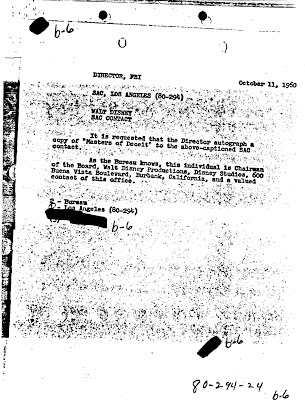 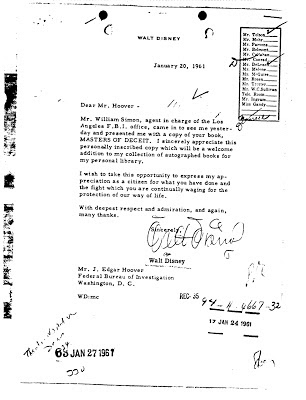 The FBI took great interest in Walt's death.  They clipped his obituary and Hoover even sent a sympathy letter to Lillian (not before a memo requested he do so first). 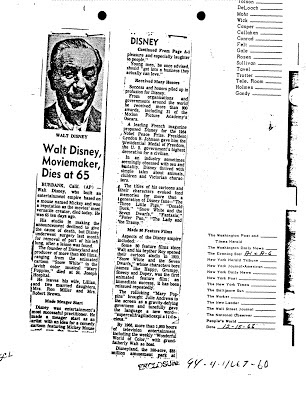 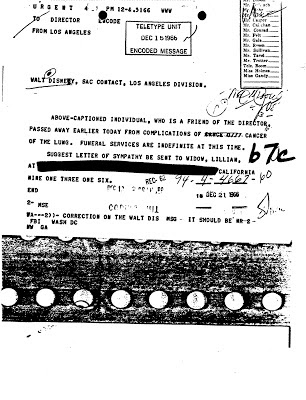 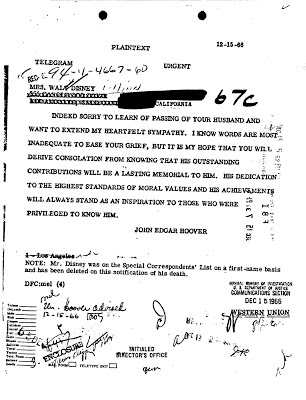 I find the letter to Lillian very interesting, especially the note at the bottom.  Walt being a Special Correspondent on a first name basis.

They even kept record of his funeral. 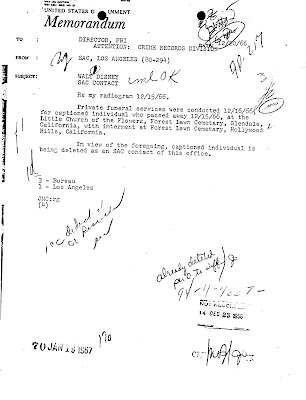 Walt and Lillian weren't the only Disney's who received a letter from Hoover.  Here is one he sent Roy after meeting him in DC.  he even sent along a photo of them together (not shown in the file). 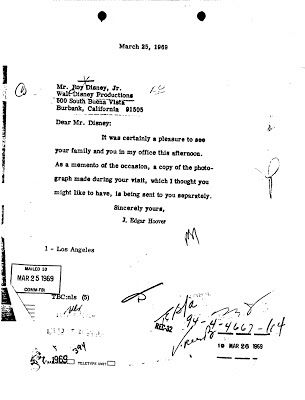