Back to the Twilight Zone: Part 1

April 12, 2013
When you think about it, Back to the Future is a very Twilight Zone-esque movie.  In the season one episode "Walking Distance" a man actually ends up back in his childhood town and runs into his younger self and his parents.  Like Marty McFly, tampering with his past changes things when he eventually returns to the present.

"Where is Everybody?" is the pilot episode of The Twilight Zone.  It's about an Air Force pilot who finds himself in an empty town with no recollection of how he got there or who he is.  He spends the episode wandering around searching for signs of life, but only finds, mannequins, lit cigarettes, ringing phones, and an empty movie theater.  This was the only Twilight Zone episode filmed on the Universal Studios backlot.  Why is important, because the town of Oakwood that Mike Ferris stumbles into in The Twilight Zone is also Hill Valley in the Back to the Future trilogy.

I decided to take screen shots from Where is Everybody and compare them to Back to the Future, which was filmed about 25 years later.  We'll start with the most recognizable landmark, the clock tower itself.


There it is behind our Twilight Zone character, Mike Ferris. 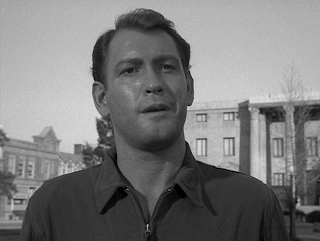 In Back to the Future, obviously they added the clock. 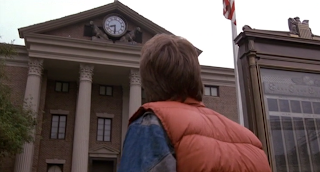 One of the first signs of life Mike encounters turns out to be a mannequin sitting in a car. 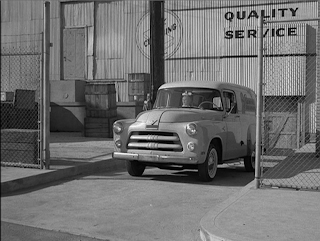 In Back to the Future, this area becomes the Texaco Station. 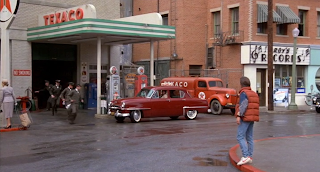 Mike looks inside the building but finds more mannequins 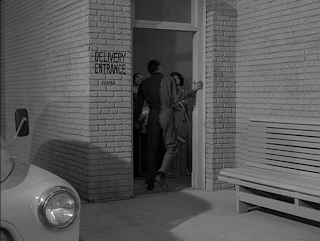 Here's a shot of the same area, as Mike runs to the ringing phone.  The record store entrance is still there with possibly a facade built over the pillars. 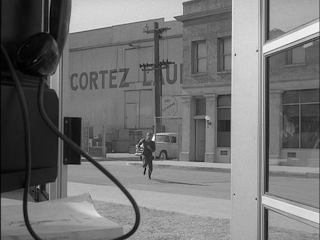 When Mike enters the phone booth, he looks around the town, which gives us a great view of the entire set. 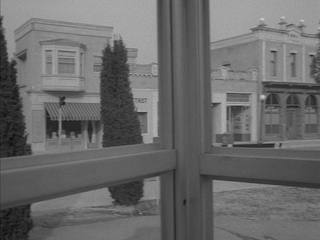 This area is behind Marty and Jennifer when she tells him how great his demo tape is. 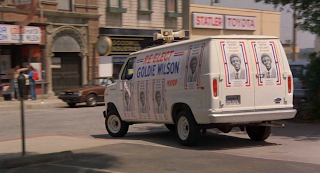 It looks like one of the oval window was converted/inspired the entry way when they remodeled the building. 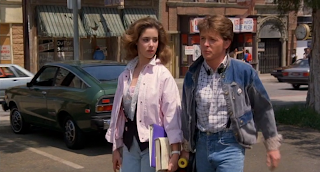 In The Twilight Zone, the building at the end of the street is a post office 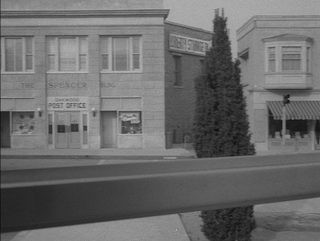 In Back to the Future, it's a Bank of America 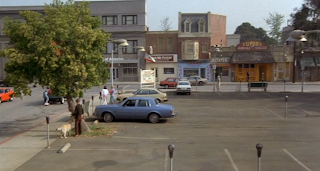 Aside from the third story, this building was brought back to it's Twilight Zone store front for 1955 Hill Valley. 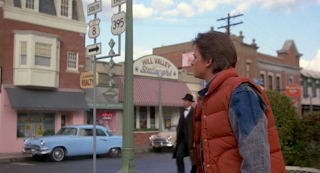 Here is a view of the whole street 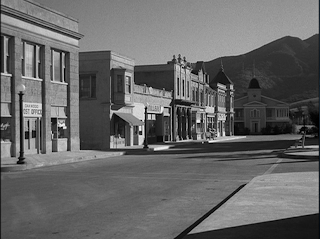 The building at the end of the street appears to be a church, interestingly even though they tore it down by the time Back to the Future was made, the building they put in its place is also a church. 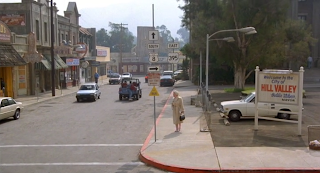 Mike's phone booth is actually in the same place as the Hill Valley sign. 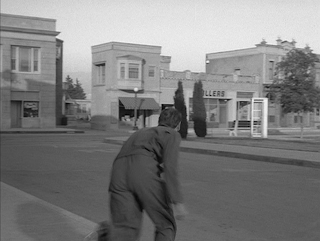 Stayed tuned for part 2 of Back to the Twilight Zone next week!