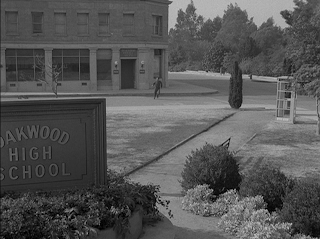 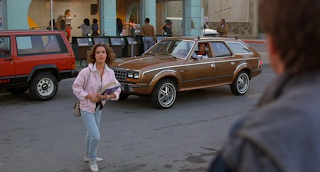 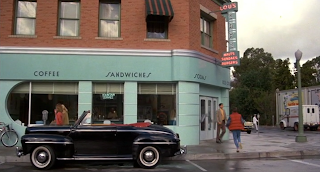 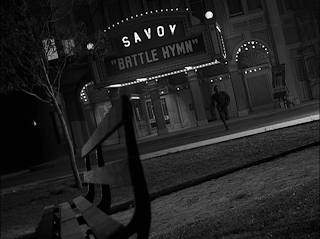 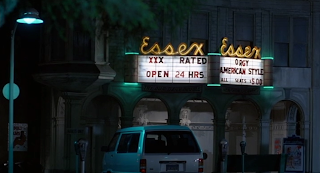 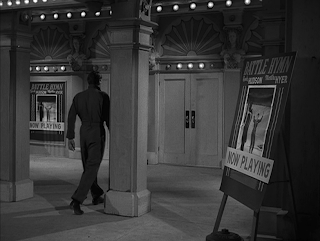 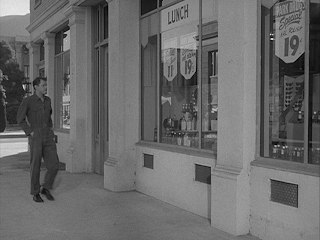 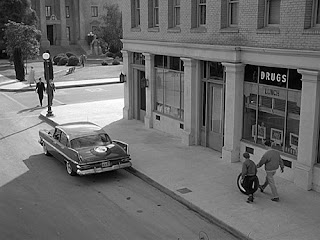 August 01, 2012
While I was in New Hampshire last week, I stopped in Keene to take some Jumanji comparison shots. Let's start at the beginning of the film. In the opening scene Alan Parrish rides his bike past a statue of his ancestor, Angus Parrish.  I had been to Keene once before and knew there was a statue in this square, so I assumed they just attached a fake plaque to it, I was wrong. They  built the prop statue on top of this rock fountain.  Why not just use the existing one? Here's another statue screen shot. It almost looks like they tried to brush out the actual statue in the opening shot from the film. . This Parrish shoes ad can be seen briefly in the film and appears in the back ground of the second statue picture I posted.  Here it is today. Moving onto the stampede scenes. Turns out Frank's Barber Shop is still there too. So is this old coke mural Run Kirsten! Stampede!
33 comments
Read more

October 07, 2014
Getting my job back: Since Rat Face had gone as high as possible to get me fired, I decided to do the same when trying to get my job back.   Ed Backlor was the VP of Downtown Disney at the time, I decided to email him.   A day later I received an email from Djuan Rivers (who I just discovered is a Disney big shot now ).   Ed was out of town and had forwarded my email to Djuan.   We arranged a time for him to call me the next day.   I was pretty nervous as a sat there staring at my phone waiting for him to call.   I didn’t know where the conversation would go.   Djuan was very friendly, he had read my email and asked me some more questions about the firing.   I left out the part about how everyone eating for free so I wouldn’t get anyone else fired.   He told me the typical “well, I know it’s not a lot of money, but if everyone gave away $3.25 worth of food, it would really hurt the company.”   He said I could reapply with Disney in 6 months and when I did I would most likely be as
35 comments
Read more