June 11, 2013
Wow, This week 10 years ago my friend Ralf and I were loading up his tiny car and heading off to Orlando for our jobs in the Walt Disney World College Program. It really does not seem that long ago but since I was 20 at the time and 30 now...I guess it was.

I've decided that todays post will mostly just be pictures from the year and a half I lived in Florida working for Disney.  Let's see what has changed.


First of all, I don't think I could get away with this hair at 30.  This is also the shirt I wore when trying to meet Hilary Duff. 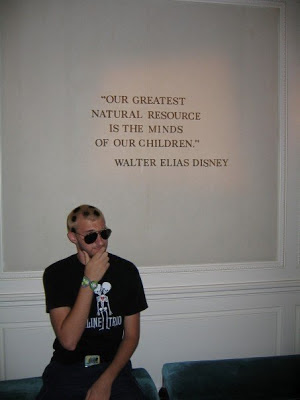 I was also a big fan of wearing my Thriller jacket everywhere. but as you can see, it no longer fits 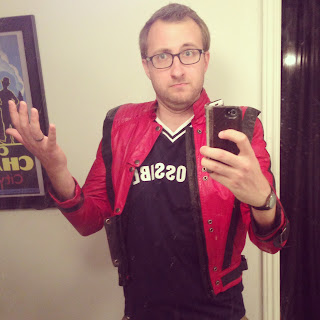 Back then I would collect Fast Passes off the benches in the locker room.  Waiting in line was for the tourists.  Unfortunately, you cant even use an hour old Fast Pass now, forget about one that's been expired for a year. 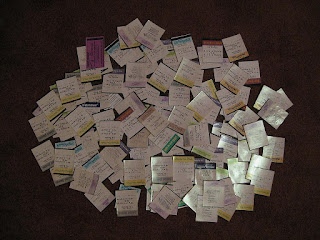 My workplace, The Missing Link Sausage Company has been torn down. 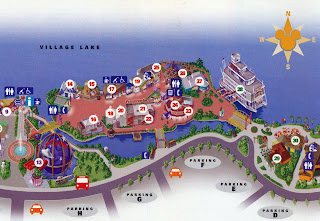 Here's Dan cheesing it up (maybe for Road Dog) 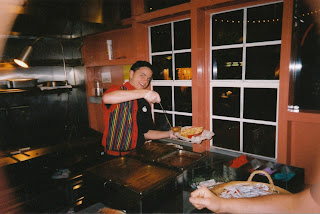 My beloved manager John is still working for Disney, if you see him in the parks, give him a big hug for me! 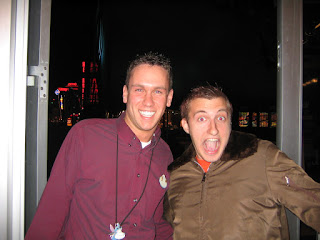 Remember the 75 Mickey's?  Here is one painted like Kim Possible. 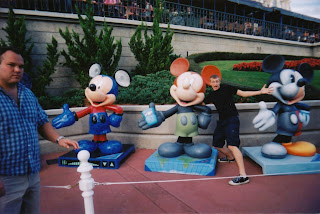 Speaking of Kim Possible, does anyone know how I can get in touch with Christy Romano? 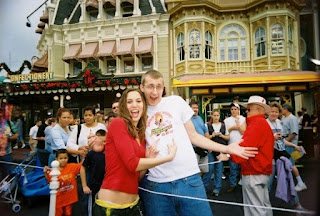 If you thought my Thriller jacket was my most outrageous article of clothing you were wrong.  Also, my roommate was a pretty tough looking dude. 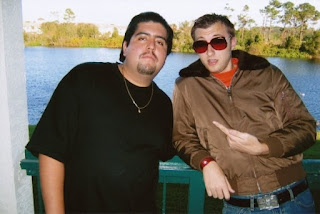 Can you still buy guns at Walmart?  How did this photo even happen? 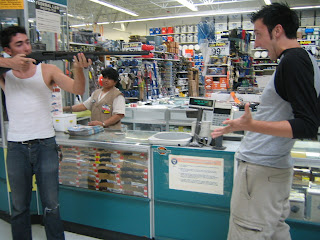 I was really skinny back then, even though my diet was all Disney food, ice cream and pizza...lots of pizza 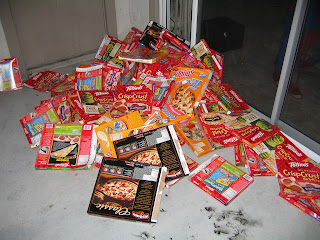 Most of my time was spent with this fool.
My phone can take and send a better photo than this in half the time! 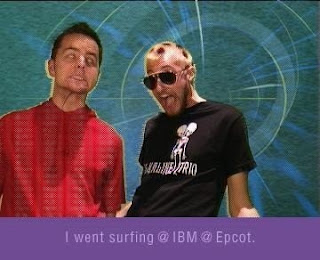 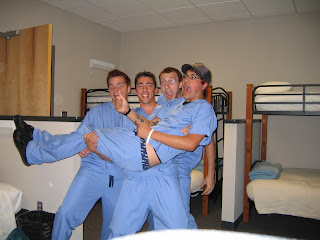 When I was not busy dying my hair, we were at the Magic Kingdom. 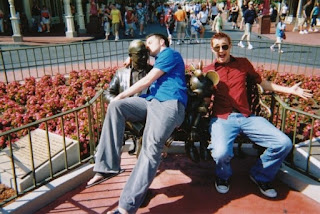 Now we are both married, and Dan has a kid. 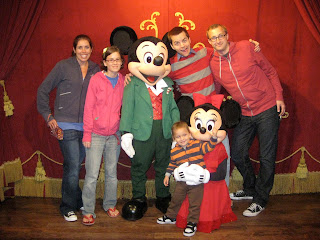