October 05, 2011
Alright kids, for this installment we are going to jump around the film a bit, starting with Brody's drive into town.


Here he is driving to work.

When I first compared the two pictures it struck me that maybe these scenes were filmed in the fall after the summer crowds had died down.  That might explain the dead grass. 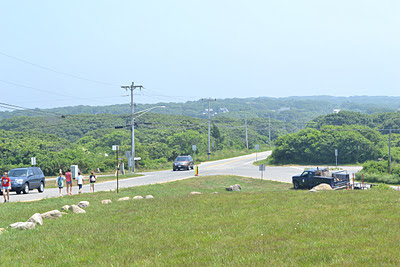 Here is another shot taken a few seconds later.

This area has really been built up since.

After this shot he drives past the Amity sign, for some reason in my rush to take pictures I forgot to get the current shot.  Just so you know, it's a giant field, no remnants of the sign... 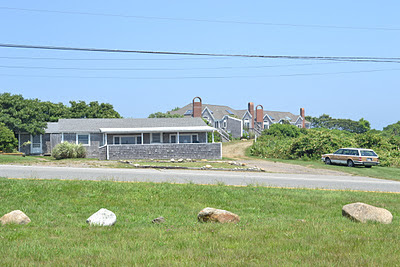 Later in the film, Brody talks to the Mayor. The lighthouse is right across the street from where the Amity sign was.

This scene is very deceptive.  I couldn't line it up the way I wanted, and as you can see below the lighthouse (Gay Head Lighthouse) is blocked by a large bush/tree.  The lighthouse itself is also further back than it appears in the films scene.  The Mayor must have been parked in the bush area. 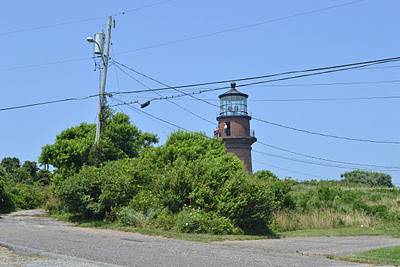 This shot is from the scene where the shark enters the pond area where Brody's son is swimming.

The bridge has been re-done since, and was crowded with kids jumping off. 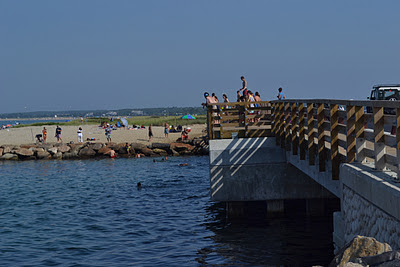 The beach is kind of over grown with grass, so the majority of the patrons were on the other side. 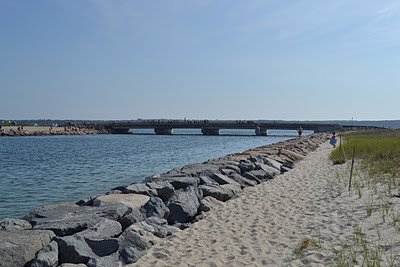 At this point you might be wondering "Hey, why haven't you shown us Chief Brodys' house yet?"  I am saving that story for part 3 which will be up on Friday.  The whole post will be devoted to it.