February 19, 2013
Did you know February 19th is officially Rushmore Day in Houston?

Last week I went to a 15th Anniversary screening of Rushmore at The Alalmo Drafthouse in Houston. The films star, Jason Schwartzman was in attendance to meet fans and answer questions before the film.  After the Q&A he was given a proclamation from Houston's Mayor naming February 19th Rushmore Day. The reason for all of this was because Rushmore was filmed in Houston, and the director, Wes Anderson is a Houston native.  If you have never seen the film, you are really missing out.  Bill Murray is in it, what else do you need?

I wrote about the film a few years ago and took some "then and now" photos of the locations, you can see them here.

I also had the chance to meet Jason, here's the proof. 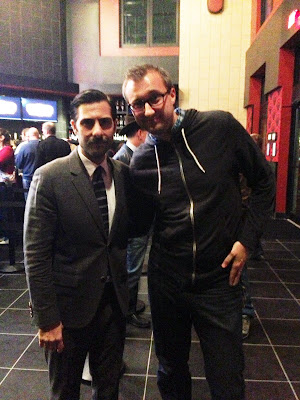